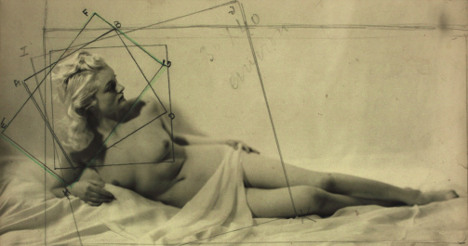 The image at the centre of the controversy, a 1940 nude study by photographer Laure Albin Guillot. Photo: Jeu de Paume

Art-lovers have reacted angrily to a move by Facebook to block the 'Jeu de Paume' gallery's page for a whole day, after the American company deemed a nude photographic study to be in violation of site's community standards.

The gallery, located in the 8th arrondissement, had posted a black and white 1940 study of a female nude by the photographer Laure Albin Guillot which was 'flagged as inappropriate' by users of the social network.

In response, Facebook blocked the contemporary art gallery's page, which has more than 30,000 followers, for 24 hours on March 1st.

On Wednesday, the director of 'Jeu de Paume', Marta Gili, told AFP she was “revolted by this act of censorship from Facebook, who have no right to do this with a work of art”.

However, a statement on the Parisian gallery's Facebook page noted that as a preliminary measure, Jeu de Paume had decided not to share any more nudes on the page, “even if we think their artistic merit is considerable and that these photos, not in the least bit pornographic, respect 'the right to publish content of a personal nature'.”

“We have already committed infractions in the past, by publishing other nudes,” said the gallery. “At the next warning by Facebook, our account risks being permanently deactivated.”

Followers of Jeu de Paume have been quick to condemn the decision by Facebook, with many posting messages of support on the gallery's page, and accusing the social network of “censorship” and “puritanism”.

One user, however, turned his wrath towards those who were offended by the photo and notified Facebook in the first place: “What's most worrying is the people who flagged this image – they're the ones we really need to watch out for.”