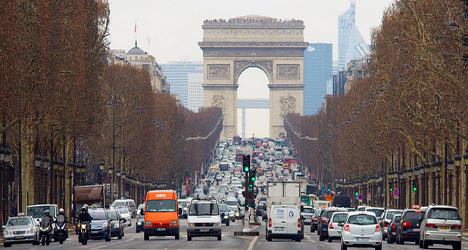 France’s Prime Minister Jean Marc Ayrault has revealed that parking fines across the country could be doubled to help pay for the cost of the mammoth 'Grand Paris' transport project.

The scheme will see four new metro lines built as well as two others extended to serve the banlieues (suburbs) around Paris. Several thousand new homes will also be built in a project the government insists will be completed by 2030.

Amid all the excitement of the announcement on Wednesday, one question stood out: how is France going to pay for the €32 billion project at a time when the government is desperately trying to cut the public deficit?

One possible way the government may raise money, Ayrault revealed, is to double parking fines, which at the moment stand at a very reasonable €17 – far less than parking penalties in London, for example.

The proposed measure has sent pulses racing among motorists groups angry at the prospect of the whole of France paying for an improved transport network for the French capital.

Pierre Chasseray, head of the motorists group ‘40 million d’automobilistes’ told The Local the proposal to raise fines was ‘nonsense’.

“At the last minute they decide that actually they don’t have any money to finance this project. It’s like someone going shopping and then getting to the till and saying ‘Oh, I can’t pay’,” Chasseray said.

“Motorists are an easy target. Yet again the government is asking drivers to help finance a project they cannot afford.

“If they do this then fines will have risen threefold in recent years. Just because you stay one or two minutes over, it does not merit a €35 fine.”

Motorists advocate and lawyer Jean-Baptiste le Ball agreed, telling the Nouvel Observateur newspaper: “The announcement still leaves so many grey areas but the only certainty is that tapping motorists is still the easiest way to fill government coffers.”