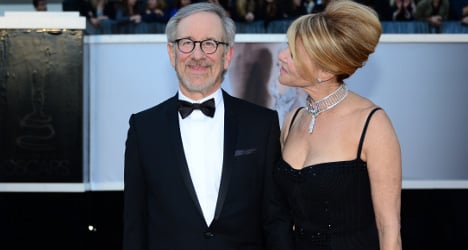 The 66-year-old "Schindler's List" and "E.T." filmmaker is working on the basis of a five-decade old script by Kubrick, who directed classics including "A Clockwork Orange" and "2001: A Space Odyssey."

"I've been developing Stanley Kubrick's screenplay for a mini series, not for a motion picture, about the life of Napoleon," Spielberg told broadcaster Canal Plus, without saying if he would direct or just produce the project.

"Kubrick wrote the script in 1961, a long time ago," he said, noting that he and Kubrick were both involved in the development of "A.I. Artificial Intelligence," which came out in 2001.

Kubrick, famed for his obsessive perfectionism, abandoned the Napoleon biopic project in the 1970s because of budget and production challenges, according to the Hollywood Reporter.

In a draft 1971 letter to studio executives, Kubrick – who died in 1999 aged 70 – said of the project: "It's impossible to tell you what I'm going to do except to say that I expect to make the best movie ever made," the industry journal said.

Kubrick wrote to actor Oskar Werner offering him the title role, and received a polite refusal to his offer to Audrey Hepburn, it said.

He initially asked British "Clockwork Orange" author Anthony Burgess to write a book about Napoleon, which he would use as the basis for his film. But he was reportedly disappointed by the manuscript.

Spielberg was named last week as jury chairman for this year's Cannes Film Festival. His appointment came days after his presidential drama "Lincoln" won a disappointing two Oscars, after being nominated in 12 categories.