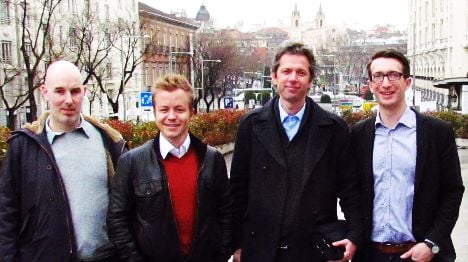 Battered by the financial crisis, with politicians and royals embroiled in scandals, with huge ghost towns built during the property bubble lying dormant on the coast, Spain has been in the news for all the wrong reasons in recent years. Unemployment is now over five million – with young people particularly badly hit – and an unprecedented number of Spaniards face eviction from the homes they can't afford.

All this means that Spain is a fascinating country on which to report. But while things are undoubtedly grim, there are plenty of good news stories too. Today, for instance, we report that Forbes has named the Spanish founder of the Zara clothing chain, Amancio Ortega, as the third richest man in the world. We also have interviews with foreigners in Spain who are forging their lives and careers here despite the financial gloom.

“We will be reporting on the financial crisis, of course, but we also want to provide positive news, and to give a rounded picture of what’s going on in the country. That includes stories on everything from food to fashion and flamenco," says George Mills, editor of The Local Spain.

Together with journalist Alex Dunham, George will be working out of The Local's new office, just a stone's throw from the Congress of Deputies, the lower house of Spain's parliament, in Madrid.

Originally from Melbourne, Australia, George has also worked in Vietnam – a country which, he suggests, has a few things in common with Spain: "People in both countries love food and their family. There’s one big difference though: people in Spain usually go home to take their siesta instead of just lying under their desk in the office to take a nap Vietnamese-style."

Alex Dunham is a British-born, Spanish-raised journalist who can offer an insider's view on all things Spanish.

"I look forward to making The Local Spain a reference point for English speakers hoping to get under the skin of a country whose passion and warmth have assured its enduring popularity."

The arrival of The Local Spain is the latest chapter in a story that began when The Local's first news site was launched in Sweden back in 2004 by two Brits: Paul Rapacioli, an ex-director of the employment agency Reed, and James Savage, a former radio journalist and PR consultant.

Since then, The Local network has grown to include editions in  France, Germany, Switzerland and Norway.

It's a group that now boasts three million unique visitors a month.

Just last week, the (British) Guardian newspaper’s media editor, Roy Greenslade, wrote that The Local was one of the most reliable English-language news sources in Sweden. He also wrote warmly about  a company story he said could be described as being the battle of David against the Goliaths of the media industry.

"What we want to do with The Local is to give a rounded view of what's going on in the countries of Europe. Foreign correspondents can only focus on the really big stories, we can help our readers get under the skin of a place, covering the major news but also showing the lighter side of life," says James Savage, now managing editor of The Local's network of sites.

THE LOCAL
What The Local’s new design means for you

THE LOCAL
How The Local’s members are helping us get better
Url copied to clipboard!