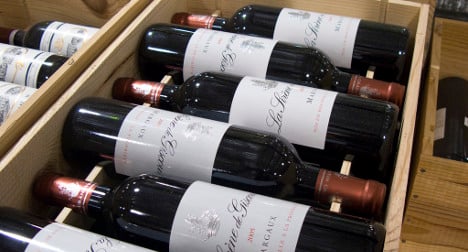 According to the report published by the European Journal of Public Health, alcohol consumption was responsible for the deaths of around 49,000 people.

Catherine Hill, one of the authors of the report summed up the findings simply by saying "the French drink too much".

The stats, based on the year 2009,  revealed that three times as many French men died as a result of an alcohol relate health problem than women.

The study, carried out by the Service for Biostatistics and Epidemiology at the Institue Gustave Roussy, near Paris found that around 36,500 French men die each year from alcohol-related illnesses, around 13 percent of the overall male mortality rate.

This is in contrast with the number of female alcohol-related deaths which stand at 12,500, which represents 5 percent of the overall total of female deaths.

Perhaps the most worrying trend the survey revealed was that 40 percent of those deaths were people under the age of 65.

"The causes of death attributable to alcohol are above all cancers (15,000) and cardio-vascular diseases (12,000)," the researcher added.

Although the statistics may seem dire, French radio RTL reports that alcohol consumption has in fact decreased radically in the last 50 years. Back in 1994, the average Frenchman consumed 3.3 units of alcohol a day, three units in 2002 and 2003 and just 2.7 in 2009.

However, when compared to the rest of Europe, it would appear France still has a long way to go. In Switzerland only 5 percent of male deaths were alcohol-related and in Denmark just 1 percent.