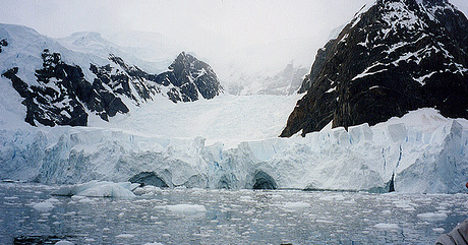 Levels of carbon dioxide rose hand-in-hand with warming at the end of the last Ice Age, according to a French study published on Thursday that will deal a blow to climate skeptics.

Their research centered the bubbles of atmospheric air, trapped in cores of ice drilled from Antarctica that date back to the last deglaciation, which ended some 10,000 years ago.

These tiny bubbles are closely scrutinised, for they contain carbon dioxide (CO2), the principal greenhouse gas behind global warming.

The anomaly is this: the CO2 in the bubbles do not correspond to the level of warming indicated by the surrounding snowfall of that time.

Climate skeptics argued that this showed the CO2 rose after Earth's atmosphere warming.

It would thus imply that global warming today may come, at least in part, from natural means — not from carbon emissions from fossil fuels as the scientific consensus maintains.

Writing in the US journal Science, a team led by French glaciologist Frederic Parrenin looked at ice from five deep drilling expeditions in Antarctica.

By analysing the isotopic composition of the nitrogen gas in these samples, the researchers said they were able to filter out the confusing signal from the data.

During the last deglaciation, the temperature rose by 19 degrees Celsius (34.2 degrees Fahrenheit) while at the same time CO2 levels in the atmosphere rose by about 100 parts per million, they said.

The discrepancy comes from the physical process by which CO2 bubbles are formed in successive layers of snow.

"The gas bubbles are always more recent than the ice that surrounds them," France's National Centre for Scientific Research (CNRS) said in a statement.

Further work will be carried out on different ice samples taken from different eras to see whether this result holds.

The researchers said the study did not examine the reasons for the rise in temperature that ushered in today's deglaciation.

There are several natural factors for global warming, including volcanic eruption and rock weathering that releases heat-trapping greenhouse gases, as well as modifications in heat from the Sun and tiny changes in Earth's axis and orbit.