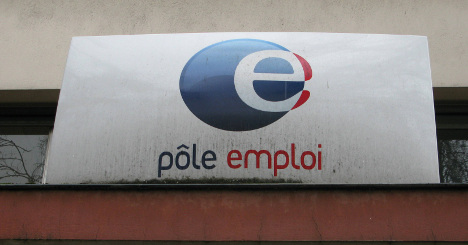 File photo of a French job centre. Photo: The Local

The ministry said the number of registered unemployed rose by 10.7 percent from last year.

Rising unemployment is a setback for Socialist President Francois Hollande, who has pledged to curb the unemployment rate from the current level of more than 10 percent to a single-digit figure by December.

But mounting economic problems have already forced Hollande to abandon a goal to reduce the fiscal deficit to 3 percent in line with European Union norms after slashing this year's growth forecast.

His government is struggling with weak growth, poor competitiveness, thousands of layoffs and general economic gloom.

Hollande has however rejected undertaking massive additional austerity measures this year, arguing they would only slow growth and further aggravate the country's finances.