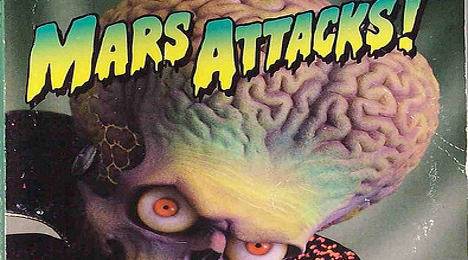 A course in Martian could come in handy if the plot of the film Mars Attacks ever happens in real life. Photo: Chris Drumm

Whether it's for those who want to add an extra language skill to their CV or for anyone wanting to be fully prepared for an invasion from the Red Planet, a new course at the French capital's world-famous Pompidou Centre could be for you.

As part of its Nouveau Festival, the centre otherwise known as Beaubourg is offering one particularly special course at the moment – in Martian.

The festival programme features performances, lectures, films, exhibitions, and more, all centred around the theme of invented languages in contemporary art, cinema and literature.

Top of the list of exhibits is one about the eccentric, turn-of-the-century Swiss medium Hélène Smith, who laid the foundation for much of the written Martian language.

The Nouveau Festival at the Pompidou Centre runs until March 11th.