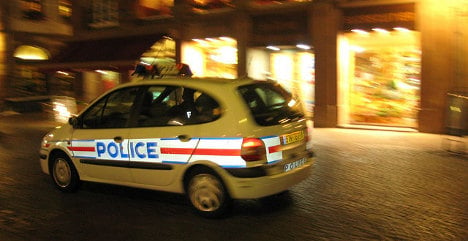 The officers were killed at around 5.45am when their car collided with a 4×4 they had been pursuing on the inner peripherique ring-road to the north of Paris, between Porte de Cilgnancourt and Porte de la Chapelle.

The 4×4's occupants, who are believed to be known to the police, were arrested at the scene. According to reports in the French press, the driver was found to be in drunken state.

The drama began at around 5.30am when the 4×4 was spotted by police speeding and being driven erratically near Porte Maillot.

“The occupants of the car refused to stop and accelerated away from the scene,” Frederic Lagache from police union Alliance, told the French press.

A second police car then went off in pursuit of the 4×4.

The circumstances around how the two cars collided are still unclear but it is believed the crash occurred with both vehicles travelling at high speed. A witness told TF1 he saw both vehicles lying on their side.

“Police officers were battling to control a man, who was very agitated,” the witness said. The man, believed to be the driver, was arrested and taken away by police.

As well as being drunk, the driver was reportedly found to be without a license.

A spokesman for the Ministry of Interior described the incident as an “absolute tragedy”.

“The Interior Minister extends his condolences to the families and relatives of the two policemen and hopes that some light can be shed on the circumstances of this tragedy,” the spokesman said.

The serious accident brought traffic on the normally busy peripherique to a stand-still. All motorists were forced to leave the ring road at Porte de Clignancourt. At the start of rush-hour at round 7.30am, traffic was still barely moving.