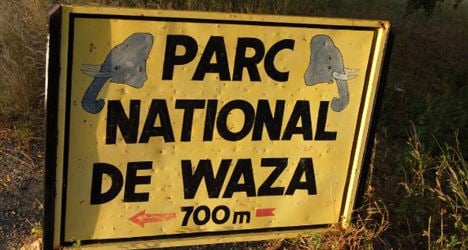 Parc National Waza, where the French family had visite shortly before being kidnapped. Photo: AFP

France on Thursday denied a claim that seven members of a French family kidnapped this week in northern Cameroon by suspected Islamists had been freed.

The French foreign ministry said in a statement that it formally "denied the information that the French hostages had been released".

France's foreign ministry also warned against "spreading premature information". A security source close to the case in Nigeria said there were "serious doubts" about whether the family had been freed.

A Cameroon minister also denied earlier reports the family had been found safe and well.

"It is a wild rumour. If this was true, the Cameroonian government would have already given the information to France," said Communications Minister Issa Tchiroma Bakary.

Earlier a Cameroonian military source told AFP the seven members of a French family who were seized had been found in northern Nigeria.

"The hostages are safe and sound and are in the hands of Nigerian authorities," the source said on condition of anonymity. "They were found abandoned in a house in Dikwa" in northern Nigeria, the source added.

However authorities in Nigeria and Cameroon are yet to confirm the release. A French minister who initially confirmed the release to AFP apparently backtracked immediately, later declaring he could not confirm the family had been found.

The family – a couple, their children aged five, eight, ten and 12 and an uncle – were snatched in northern Cameroon by six gunmen on three motorbikes on Tuesday and officials said they had been taken across the border into Nigeria.

Earlier in the week French Foreign Minister Laurent Fabius said France would not give in to terrorists. Seeming to exclude the possibility of paying a ransom, Fabius told the National Assembly: "We must do the maximum [to free the hostages] but nothing would be worse than yielding. We will not yield to terrorist groups."