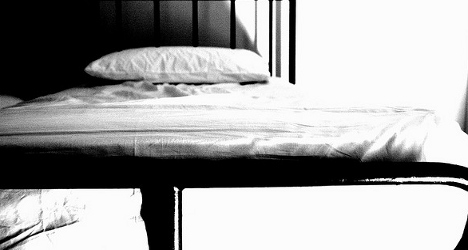 France's medical ethics council said Thursday that assisted suicide should be allowed in exceptional cases when suffering patients make "persistent and lucid requests" in a step forward to legalising euthanasia.

Invoking a "duty to humanity," the body said that this should be permitted upon the "persistent, lucid and repeated requests from someone suffering from an ailment for which the treatment has become ineffective".

But it said the condition should be verified "not by a sole doctor but a medical team".

The council did not use the term euthanasia but spoke of "assisted death".

President Francois Hollande had referred a report on allowing assisted suicide to the council to examine the precise circumstances under which such steps could be authorised, with a view to producing draft legislation by June.

"The existing legislation does not meet the legitimate concerns expressed by people who are gravely and incurably ill," Hollande had said.

The report submitted to the council said physicians should be allowed to authorise interventions that ensure quicker deaths for terminal patients in three specific sets of circumstances.

In the first case, the patient involved would be capable of making an explicit request to that effect or have issued advance instructions in the event of him or her becoming incapable of expressing an opinion.

The second scenario envisages medical teams withdrawing treatment and/or nourishment on the basis of a request by the family of a dying patient who is no longer conscious and has not made any instructions.

The third would apply to cases where treatment is serving only to sustain life artificially.

France not about to have Swiss style clinics

The author of the report, Professor Didier Sicard, stressed that he did not support any measures which "suddenly and prematurely end life".

"We are radically opposed to inscribing euthanasia in law," Sicard told a press conference.

He also stressed that he was not advocating Swiss-style clinics where people are provided with lethal medication to enable them to end their own lives.

Instead, Sicard said he favoured amendments to a 2005 law which already authorises doctors to administer painkilling drugs at levels they know will, as a secondary effect, shorten a patient's life.

But France's Association for the Right to Die with Dignity (ADMD) says the report does not go far enough and its recommendations already exist in a previous 2005 law.

"The association, its 50 000 members, and the 94 percent of French people who support the legalization of euthanasia, demand a humane law that allows help to be given to someone at the end of their life, not after several weeks of starvation, but at the moment chosen by the patient themselves," ADMD  said in a statement.

"A gesture of humanity, perfectly regulated, and in full agreement with the patient whose wishes must be observed when they were expressed," the statement added.

The association wants France to introduce a law along the lines of those already in place in the Netherlands, Belgium and Luxembourg.

Sicard's report was drawn up after extensive consultation with the terminally ill and their families which revealed widespread dissatisfaction with a "cure at all costs" culture in the medical establishment.

According to France's national demographics council, there were about 3,000 euthanasia cases in the country annually on average, all of them illegal.