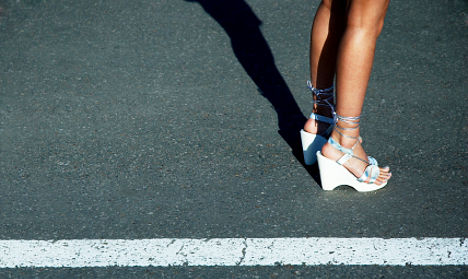 The story, which hit the French press on Wednesday, emerged after a 16-year-old "occasional" prostitute was arrested by police on suspicion of shop-lifting.

When officers examined her phone they found texts and photos from a France international footballer. Although no player has been officially named, according to French television TF1 the former Rennes midfielder Yann M'Vila had met the girl in a nightclub.

The player, who was on the verge of a move to England before opting to join Russian team Rubin Kazan,  was recently banned by the French Football Federation (FFF) for breaking a curfew while on international duty to go out clubbing.

According to French daily Le Parisien those close to M'Vila have denied he had any connection to the girl.

According to French radio RTL, the names of several other "personalities" were found on the phone including that of at least one other footballer.

Police in Paris have opened up a preliminary investigation and are likely to question the girl and those close to her before deciding whether to proceed. The names of the suspects are likely to emerge if the probe continues.

The story is being referred to in the French press as the new "affaire Zahia" in reference to the former underage call girl Zahia Dahar, who in 2010 was at the centre of an investigation into nine men accused of soliciting sex from a minor in 2008 and 2009.

Three of them happened to be highly-paid French football stars; Franck Ribéry, Karim Benzema and Sidney Govou. All three have denied knowing her age at the time, and Zahia has said she never told them her age.

Bayern Munich winger Ribery and Real Madrid forward Benzema are currently awaiting trial in connection to the allegation face up to three years in prison and a maximum 45,000-euro (£35,000, $55,000) fine if convicted. Their trial, in which six other people will also be in the dock, has been scheduled for June.

The same police department – the brigade for the protection of minors – is investigating both cases.

Although the age of consent is 15 in France, paying for sex with anyone under 18 is a separate, and more serious, offence than soliciting adult prostitutes.