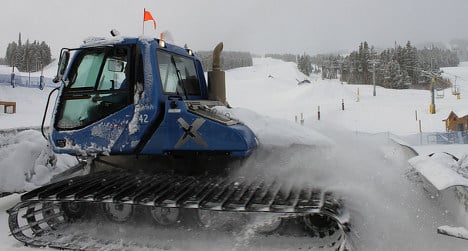 Most ski resorts pray for heavy snow each winter but the people of Cauterets in the French Pyrénées may have overdone it this year. The resort had to close this week after seven metres of snow fell in recent weeks.

Sixty workers at the resort, stationed 1,800 metres high in the mountains, have been working around the clock to try and clear away the snow so the resort can reopen on Friday.

Since the beginning of winter, Cauterets has had 15 metres of snow in total, the French television channel TF1 reported on Friday. Local residents say this winter has seen the heaviest snowfalls in 30 years.

And the situation could get worse with more snow expected in the Pyrénees on Friday. Concerned authorities are not taking any risks and have cancelled ski schools for hundreds of children.