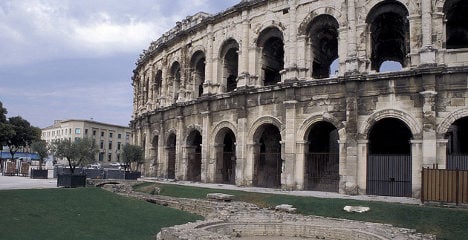 In the last two months five people have scaled to the top of the 27-metre high ancient arena before throwing themselves off.

The wave of deaths has prompted the town’s authorities to act and they have decided the only solution is to ban those visiting the 2,000-year-old site alone.

A by-law has already been signed making the ban official. Those visiting in groups will not be affected.

The director said officials wanted to put an end to the “copycat series” and said the ban would be lifted “as soon as the situation has died down”.

The Nîmes amphitheatre was built in 70AD but remodelled in 1863 to serve as a bullring.