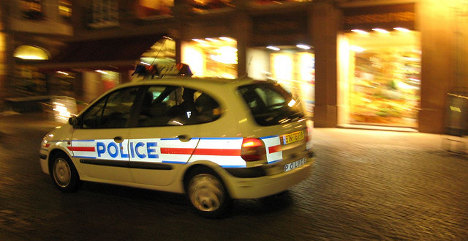 The four suspects – three French-Congolese  and one Malian – are thought to be acquaintances of a suspected jihadist arrested in Niger in 2012, according to Interior Minister Manuel Valls.

The arrests were made as part of an investigation led by France’s Central Directorate of Interior Intelligence(DCRI).

Although the four suspects were not believed to be active, a phone-tapping and email-interception operation had revealed their desire to engage in violence on behalf of “radical Islam.”

Valls told BFMTV on Tuesday intelligence services are aware of several French nationals had travelled to Syria to fight with Al-Qaeda linked groups and there are individuals who want to do the same in the Sahel region of North Africa.

Valls said although there had been no direct threat against France since its army intervened in Mali the police and intelligence services were on"high alert".

Speaking on Monday evening at a Holocaust memorial in Drancy, a suburb of Paris, Valls denounced radical Salafist Islam as “a mix of religion, criminality and drug-trafficking that imposes a deviant order on a section of our young people.”

Valls addressed a crowd that included dozens of French imams, whom he challenged “to build a French Islam, a European Islam, a Western Islam.”

Hassen Chalgoumi, an imam in Drancy who organized the event, explained that “at a moment of increased racism and fear of Islam, we say No, it is possible to live together.”

Tuesday’s arrests take place against a background of mounting French anxiety, following last month’s terrorist threats from both a Nigerian rebel group and the terror cell behind for the kidnapping of hundreds of foreigners at an Algerian gas plant last month.

The conflict in Mali and the heightened tension appears to have coincided with a rise in Islamphobia.

French daily Le Parisien reported on Tuesday that vandals had targeted a community centre with graffiti in Ozoir-la-Ferrière, a small town 35 kilometres (20 miles) east of Paris.

The assailants covered the walls with offensive Islamophobic phrases calling for the death of Islam and “Long live Gaul”, the ancient Roman-era name for France.

The attack comes just a few days after a very similar one on a mosque in the same town, where vandals covered the walls with swastikas and anti-Islam graffiti.

In the last year there have been several incidents of Islamophobic vandalism in France.

In October last year, a French far right youth group caused outrage in the Muslim community by storming a mosque in the town of Poitier, in south-west France, before occupying the roof and unfurling anti-Islam banners.