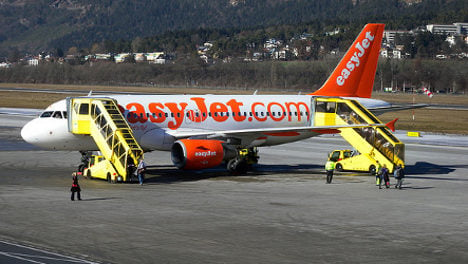 The airline was initially convicted of discrimination back in January 2012 but appealed against the ruling.

On Tuesday that appeal was thrown out with the court also ordering the airline to pay €2,000 compensation to each of the three victims and a symbolic sum of €1 to a French disabled charity.

The three passengers in wheelchairs, who were travelling unaccompanied were barred from boarding planes at Charles De Gaulle airport in Paris in 2008 and 2009.

"We are extremely pleased with this decision," said Mr. Patrick De La Grange, lawyer for three passengers. "It was a decision that should mark an end to the discriminatory practices" faced by people with disabilities.

The airline claimed it had acted in accordance with British and EU law by refusing to let the passengers board the plane for security reasons.

The airline also noted the fact that none of the three had filled out the necessary questionnaire on travelling independently. This was denied by the three complainants.

EasyJet’s own lawyer Philippe Van Der Meulen said the court’s verdict was “disappointing”. The lawyer stressed that the airline carried around 1,000 disabled passengers a day.

In 2006 the European Union created a law which banned airlines from stopping passengers board planes on the grounds of reduced mobility or disability except for “justified security reasons”.