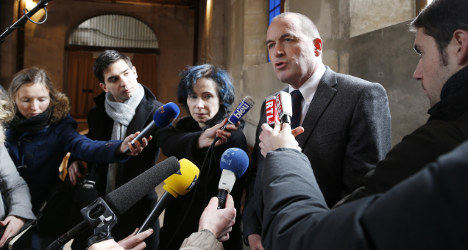 A military campaign in Mali was knocked off the top of France's news agenda on Monday as commentators demanded to know how such a tragedy could have happened in a country that prides itself on its state-of-the-art medical facilities.

A Paris prosecutor began looking into the case after the parents of the stillborn child filed a complaint of criminal negligence while Health Minister Marisol Touraine has commissioned an emergency administrative and medical enquiry into what went wrong.

The baby was discovered to have been stillborn overnight Thursday-Friday at the Port Royal maternity unit in Paris.

The expectant mother had come to the clinic during the day on Thursday and on the previous Tuesday seeking to have her labour induced.

On both occasions she was sent home because, according to her partner, there was no bed for her, despite the couple warning staff that the baby was "not moving much".

"A baby should not die in Paris in 2013 because there is no place for the mother in hospital," the woman's partner, named as Stéphane told French daily Le Parisien on Sunday.

"The appointment had already been booked. They told us not to come straight away but to wait until 11 o'clock but at 11 there was no place for us," he added.

The partner said his wife had already visited hospital the week before, concerned that the baby was not moving too much.

"In the end a midwife came to see us and told us to go home because she did not think it was urgent," he told Le Parisien.

Whether the prospective father's account was accurate will be addressed by the investigation but the head of the maternity unit, Dominique Cabrol, has already confirmed that the clinic was "at saturation point" on Thursday.

AP-HP, the body that runs public hospitals in Paris said in a statement: "We now have to get to the bottom of why woman was sent home, whether there were no beds and if so, why was she not transferred to another maternity unit."

Politicians from across the political spectrum questioned whether the tragedy was the result of cutbacks in staff numbers.

Paris hospitals have been told to make 150 million euros ($200 million) of cutbacks this year as part of a drive to cut the national deficit in line with European Union rules.

Medical professionals say cuts have not helped but believe a recent reorganization of maternity services in Paris is also to blame.

Under a 1998 reform, maternity clinics are classed on a scale of 1-3, with type one being for women who are expected to have a trouble-free pregnancy and type three for those liable to have complications.

In practice, what has happened is that demand for type three clinics has outstripped supply, creating bottlenecks, according to Jean Marty, the chairman of the body that represents French gynaecologists.

"People think they will be safer in a type three clinic with the result that they are flooded with patients and at the same time the administration has been trying to close type one establishments to recover the additional costs," Marty told AFP.

"We see the results today with patients who should be in type three clinics being sent back. It is not human error, it is a structural problem."

Cochin-Port-Royal is a huge maternity unit by French standards with some 5,000 births last year and advanced facilities for dealing with premature and complicated births.

"If all the most advanced means were not being made available for all pregnant women, the cases where they are really needed would be able to access them in good time."