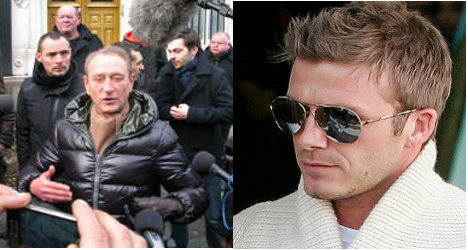 Bertrand Delanoë, the Socialist mayor of Paris appears to be another who thinks new Paris Saint-Germain signing David Beckham will have a greater impact off the pitch than on it.

Speaking to Europe1 radio on Friday the mayor evoked the positive impact the 37-year-old will have, not for his ability to sell shirts and boost the PSG brand, but for the lift he will give the Paris economy.

It is not sure whether Beckham can stem the rising unemployment or relieve the deepening housing crisis in the capital, nevertheless the mayor heralded his arrival in the City of Light.

"It's great news because Beckham is a huge personality in sport who has an international appeal," Delanoë said. "Just as Beckham himself said, Paris is a marvelous city. It is already the most visited tourist destination in the world. He will be very good for the Parisian economy and for the dynamics of the city."

If Beckham's impact on the Paris economy is questionable his effect on PSG's coffers is not in doubt.

"The Beckham brand is much stronger than the PSG brand," Lionel Maltese, a professor in sports marketing at the Kedge Business School told AFP.

"Beckham has fans all over the world but you don't see PSG shirts in every shop in the world. That will change a bit. Beckham will get people talking and that will be good for the club."

The mayor was not the only Frenchman happy to see Beckham crossing La Manche to play in France.

"It is a very nice feeling we have in France at the moment because so many French players are leaving the country to play elsewhere," David Ginola, a former PSG player who later went on to become an icon in England, told BBC Radio 5 live.

"It is good to see David Beckham come to play in France."