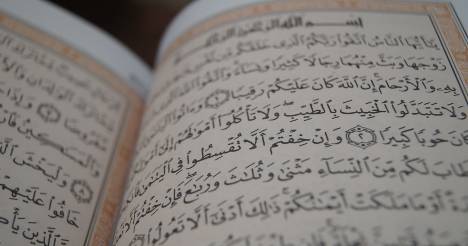 Christelle Lainet – headteacher of the Notre Dame primary school in Saint-Mihiel, a town in the north-east of France, was bombarded with threats after reports of the lesson were placed on an anti-Islam website.The site also published the school’s address and phone number, and Lainet’s email address.

“My mailbox has been inundated with 300 letters, and the school telephone hasn’t stopped ringing,” the headteacher told Europe 1 radio.

“I’ve been the target of some very violent and insulting mail,” said the principal, who said she felt “frightened.”

The hate-mail was in response to a lesson given last December when a teacher distributed hand-outs on the origins and history of Islam. One of the pages contained a ‘surah’ (verse) from the Islamic holy book the Koran, “by way of illustration”, regional daily La Républicain Lorrain reported.

Some parents were offended, however, and registered their unhappiness with Lainet. On January 9th, one child’s mother, who held “extremely racist views” had a heated exchange with the principal in the school yard.

Two days later, the same student’s father asked that his child be allowed to leave the history class without punishment, a request that Lainet agreed to.

On January 29th, however, the French website ‘Islamisme’ – which describes its goal as “to defend our freedom of expression and our values” – published a damning account of the history lesson, accusing the school of “poisoning” the children with “Muslim propaganda.”

A more specific claim made by the extremist site was that the student who was excused from the history class, was subsequently sent to the principal’s office to be punished.

The outraged headteacher, who apparently has the support of most parents at the school as well as the governors, responded this week by filing a complaint of defamation against the website.

For its part, the ‘Islamisme’ website responded to the French media outcry by stipulating “we called for a reaction, not intimidation,” and has denounced Lainet’s defamation complaint as “futile.”