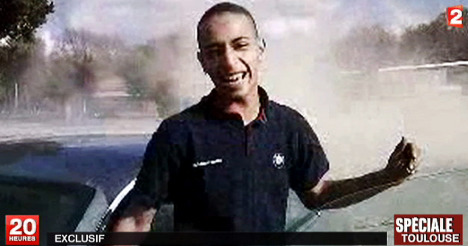 A source close to the investigation said the two men, aged 28 and 30, were arrested on Tuesday in Toulouse and brought to Paris for questioning. Under French anti terrorism laws, they can be held for up to four days without charge.

A judicial source said the men were acquaintances of Merah and had been placed under surveillance at the weekend.

French police are investigating whether Merah had any accomplices in carrying out his attacks last March, with officials saying they doubt he acted alone.

A self-described Al-Qaeda sympathizer, Merah shot a rabbi, three Jewish schoolchildren and three French paratroopers before being shot dead in a police siege in Toulouse.

In early December, a 38-year-old man and his girlfriend were arrested in connection with the attacks but both were later released without charge.

Merah's brother Abdelkader has been charged as as accomplice and remains in custody.