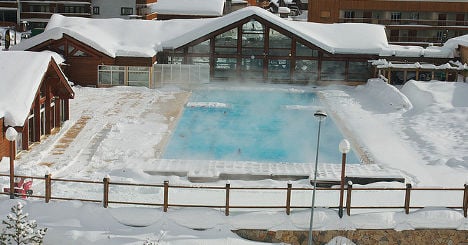 The woman, who police say was working as a cook for a British holiday company at the Alpe d’Huez resort for the ski season drowned after getting into the pool following a visit to a nightclub, the resort's director, Fabrice Hurt, told AFP.

"To have gone into the pool at that time of night she must unavoidably have climbed the wall around it," Hurt said.

Her body was found under the tarpaulin cover by her friends on Tuesday night.

An autopsy is due to be carried out in the coming days.

The woman has been identified as Lucy Sallis from Bognor Regis.

The British Embassy in Paris confirmed to The Local they were in touch with the woman's family.

"We are aware of the death of a British individual in France and we are providing consular assistance to the family at this difficult time," a spokeswoman for the Embassy said.

PARTNER CONTENT
Why we love Britain: Our ‘Best of Blighty’
Url copied to clipboard!