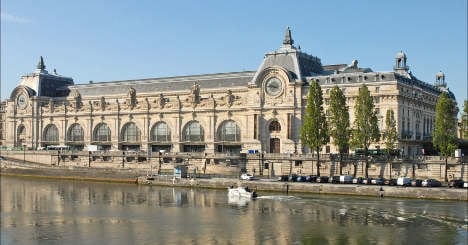 A file photo of the Musée d'Orsay in Paris. Photo: dalbera/Flickr

A couple and a young child were on a special visit to the Left Bank gallery accompanied  by a volunteer from ATD (‘Everyone Act for Dignity’), which works with disadvantaged people.

According to the volunteer, who spoke to French daily Le Figaro anonymously, a security guard approached the group of four as they were leaving a room that contains works by famous painter Van Gogh,and asked them to kindly leave the museum, because other visitors were “complaining about their smell."

The charity-worker refused, arguing with the staff-member that the family were properly dressed.

The group then moved on to other less occupied rooms in the museum,  but were met by four security personnel, who “unceremoniously ordered us to leave,” said the volunteer.

Management at the museum – famous for housing masterpieces by painters like Manet and Monet – described themselves as ‘saddened’ by the incident and pointed to their ongoing collaboration with dozens of charities and non-profit organizations.

ATD's National Delegate Bruno Tardieu told The Local the 'humiliated' family were victims of a discrimination that rears its head all too often.

"We see this kind of thing very often," he said. "We live in a social apartheid and when you break that apartheid these kind of things happen. It is a discrimination that does not have a name.

"The museum is trying to make an effort to open up to these kinds of poor people but some members of the public don't like it. Some of them think 'let's give poor people food, but leave the museums for us'.

"The general public have to understand that this is a kind of racism," he added.

Mr Tardieu told The Local his organisation had written to the Musée d'Orsay to complain about the incident and the reaction of the guards.