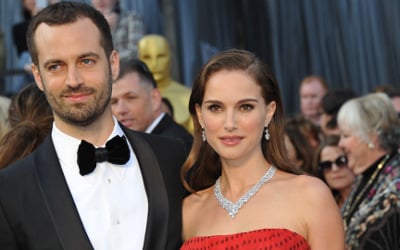 Millepied, a dancer and choreographer best known for a role alongside Portman in the film "Black Swan", was named as the replacement for Brigitte Lefevre on Thursday.

The 35-year-old, who began his career at the New York City Ballet where he quickly rose to become a principal dancer in 2002, will take the reins of the prestigious establishment in October 2014, the opera said.

Millepied, who married Portman in California last August and has a young son with the Oscar-winning actress, said the whole family would be moving across the Atlantic.

"It is not very complicated, we are coming to live in Paris," he said. "I'm not going to come without me family: No, no, it won't be like that, it is a family choice.

"It is a great opportunity to be able to live in Paris after 20 years in New York. We are really looking forward to the experience and the plan is to find somewhere to live rapidly because I'm going to be spending a lot of time here."

Millepied said that Portman, 31, his partner of nearly three years, had no intention of giving up her career, revealing that she would be considering offers from European film-makers.

"The fact that she will be in France won't stop her doing projects outside of France, that's the nature of her career," he said.

"But there are great film-makers in Europe and why not imagine a phase of both our careers where we concentrate on European projects."

Portman made her big-screen debut as a 12-year-old in French director Luc Besson's Leon, a role which required her to spend time in Paris, and she studied French as part of an education that culminated in her doing a degree at Harvard.

The actress, who has joint US-Israeli citizenship, has spoken in the past of her desire to become a French citizen and live a normal family life in France, where stringent privacy laws afford celebrities a rare degree of protection from media intrusion.

Millepied and Portman met on the set of the ballet-themed 2010 thriller "Black Swan," which earned the actress a best actress Oscar for her role as a ballerina driven close to madness by her quest for perfection.

Millepied shot to mainstream fame as the film's choreographer.

Born to a dance teacher mother, Millepied grew up between Senegal and France and says he was shaped by the twin influences, the "rigidity of classical dance and the freedom of African dance" as well as jazz and contemporary music.

A prolific choreographer, he has created some 25 pieces in the past decade in parallel with his dance career. In 2011 he launched his own dance company in Los Angeles called LA Dance Project.

The Paris Opera, with 150 dancers, is one of the the world's grandest and most traditional dance ensembles.