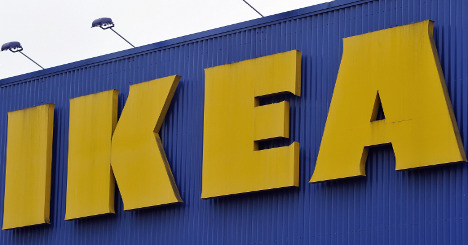 Both Jean-Francois Paris, a former head of the French subsidiary's risk department, and his female deputy, who was not named, were questioned and the latter placed on probation for illegally obtaining data files, according to a judicial source.

Ikea confirmed that its employee had been questioned but declined to comment further.

French prosecutors launched a criminal probe in April last year following allegations that Ikea paid for illegal access to secret police files to gain information about employees, clients and even people who came near its property.

Keen to repair its reputation, Ikea subsequently fired four employees, launched an internal inquiry and established a code of conduct last July to avoid a repeat of the scandal.

The firings are because of "practices against values and ethical standards that have unfortunately been noted within Ikea France," the statement added.

The story was broken by French Satirical weekly Le Canard Enchaine last February by publishing what it said were emails between Paris and an employee of security company Surete International about getting access to police STIC files.

Ikea France allegedly asked for police files on a customer who was suing the company for 4,000 euros and for the name of the owner of a car that approached the site of a planned shop.

Former management at Surete International, which was wound up in 2011, have denied responsibility, instead blaming a disgruntled former employee.