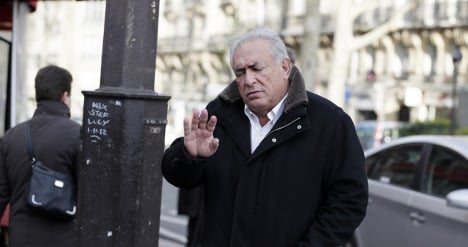 Citing sources close to Strauss-Kahn, Le Journal du Dimanche said on Sunday Nafissatou Diallo had received the payment under a confidential deal reached to settle her civil suit against him.

The newspaper said Diallo went away with about 70 percent of the sum after paying her defence team.

A judge announced the deal last month, with reports at the time suggesting Strauss-Kahn had paid up to $5 million in the settlement.

Diallo also received a payout from the New York Post, which she had sued for reporting that she worked as a prostitute.

The incident disgraced Strauss-Kahn before a worldwide audience, forcing him to resign his IMF post and wrecking his chances of becoming French president.

He was arrested after Diallo, a Guinean immigrant, claimed he had jumped on her naked and forced her to perform oral sex in his Sofitel hotel room in New York in May 2011. Strauss-Kahn admitted a sexual encounter took place but insisted it was consensual.

A criminal investigation into the incident collapsed after Diallo changed her version of events, prompting the prosecution to conclude there was little chance of a conviction.

Strauss-Kahn, 63, is still facing a probe in France into allegations that he was involved in procuring prostitutes, after a French court last month rejected a request for the charges to be dismissed.