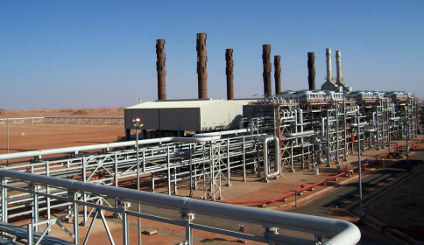 With Americans, Britons, Japanese and nationals of a number of other countries among the workers feared slain by Islamist gunmen, the siege at a gas field in the Algerian desert has catapulted security in Africa's Sahel region to the top of the international agenda.

France has spent much of the last year warning its allies that the threat posed by Islamist groups operating across huge swathes of North and Central Africa was reaching a critical point, particularly in Mali.

But when the Al-Qaeda-linked groups that have taken control of northern Mali began a push south last week, France was left to respond alone to its former colony's plea for help.

Moral support and a degree of logistical assistance were quickly forthcoming, but London, Washington and France's other NATO allies were equally swift in ruling out sending any combat forces to join the warplanes and 2,500 troops that Paris is deploying in support of the Malian army. Although a West African force is beginning to deploy to Mali, the absence of other Western forces makes the operation risky for President Francois Hollande, militarily and politically.

At home, France's perceived isolation has been highlighted by opposition leaders who have otherwise backed the intervention.Against that background, French officials are hopeful the terrible events
of this week in Algeria will help galvanise its allies, the European Union and West African countries into a much more active role in the unfolding crisis.

"What's happening in Algeria shows what is at stake for the entire international community with the presence of terrorist groups in this zone," underlined foreign ministry spokesman Philippe Lalliot.

That echoed the message sent out by Hollande. "

What is happening in Algeria provides even more justification for the decision I took in the name of France to come to the aid of Mali," he said.

For the United States, the revelation that the gunmen had slipped into Algeria from neighbouring Libya was a painful reminder of last year's attack on a US diplomatic mission in the Libyan city of Benghazi that killed the US ambassador and three other Americans.

The threat to Britain's national interests has also been shown to be acute. BP, which partly runs the targeted gas field, is a major player in the region's oil industry.

Officials in London and Washington have long been aware of the potential danger represented by the "Afghanistanisation" of parts of the Sahel, a semi-arid belt that extends across the breadth of Africa.

But with Washington preoccupied by a presidential election campaign for much of last year and Britain's cash-strapped military already extended in Afghanistan, it never became a priority.

Whether that will change in the medium term remains to be seen, but the mood music has clearly shifted. Britain's Prime Minister David Cameron scrapped plans to travel to the Netherlands for a long-awaited address on European policy in order to take charge of the response to an attack he described as "brutal and savage" as well as being well-planned.

US President Barack Obama was getting frequent updates and Defence Secretary Leon Panetta, on a visit to London, hinted at reprisals.

"Terrorists should be on notice that they will find no sanctuary, no refuge. Not in Algeria, not in North Africa, not anywhere," Panetta said. "Those who would wantonly attack our country and our people will have no place to hide."