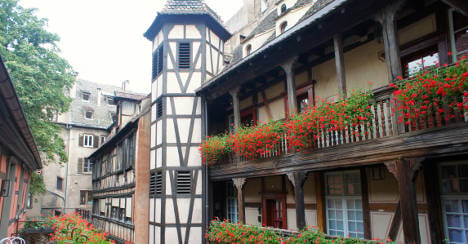 The historic Alsace establishment has topped a poll of users of the global travel site, fending off challenges from the likes of the famous Bristol in the French capital, and the Grand Hotel des Alpes in Chamonix, next to Mont Blanc.

Since its founding in 2000, Tripadvisor has grown in influence and now features more than 75 million user reviews and opinions.

The Cour du Corbeau is located on the banks of the river Rhine, and has won plaudits for its 16th-century building and decor.  One Tripadvisor user raved that "Walking into this hidden gem is like walking into a little oasis of tranquility."

LANGUAGE AND CULTURE
9 things that make Alsace different to the rest of France
Url copied to clipboard!