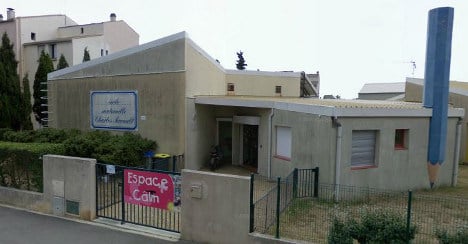 The woman, described by the French ministry of education as having more than twenty years of professional experience, is suspected of having punished a toddler at the Charles Perrault school last week by tying him to a chair with a rope, despite his tearful pleas.

The young boy’s mother only heard about the alleged incident when another pre-school student reported what he had seen to his own parents, said the French daily Le Dauphiné Libéré.

The accused substitute, who was covering for the permanent teacher last week, allegedly punished the child for “something stupid” and for being “a little restless,” according to his mother.

The teacher has denied this version of events, while one of her colleagues at the pre-school claimed she did threaten to tie the boy to his chair, but never went through with the act.

Police in the southern French department of Aude will conduct interviews with students and teachers at the kindergarten, as part of a formal investigation into the local family’s claims, while Olivier Milangue, a top bureaucrat in the French education ministry, has called for an administrative probe.

The three-year-old’s mother claimed that as her crying son asked the substitute to stop, the punishment lasted “one or two minutes.” “That’s a really long time for a young child,” she added.