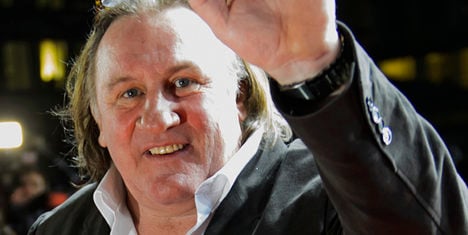 The charges against Depardieu were brought after he was reportedly found to be three times over the drink driving limit when he crashed his scooter in an accident in November.

But the 64-year-old larger than life actor failed to show for his scheduled court hearing in Paris earlier this month, meaning Depardieu could now be hauled before a criminal court which would have the power to impose a prison sentence of up to two years.

But it appears authorities in Belgium, where Depardieu recently bought a home, have not been keeping up to date with the Depardieu soap opera, with daily newspaper Nord Éclair reporting on Tuesday that the star of Cyrano de Bergerac had been granted a new driving licence.

The Belgian edition of the paper said Depardieu had picked up the document in person on January 10th in the town of Estampuis, not far from his new home.

The newspaper said he offered staff at the town hall several bottles of wine from vineyards he owns in the Loire Valley, although the local mayor, asked by AFP, said they were "very surprised to learn all of that in the press."

Daniel Senesael neither confirmed nor denied the story. Belgian media claimed Depardieu, 64, could continue to drive with his Belgian licence even if French authorities revoked his permit.

Depardieu's excuse for skipping his court appearance was that he was holding talks in Montenegro on a film in which he will play fallen former International Monetary Fund chief Dominique Strauss-Kahn.

The actor, whose many previous exploits include urinating in a bottle on a plane, said he had told French officials he would be absent.