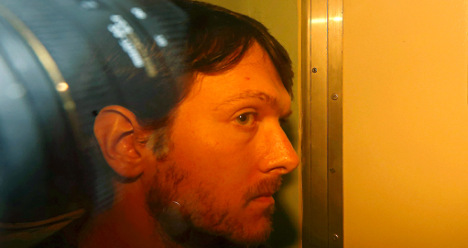 The French court's decision came after British authorities made a request to change the terms of his extradition from France.

However lawyers for Forrest lodged an appeal blocking the immediate application of the ruling.

Forrest and his teenage lover eloped to France in September. They were arrested in Bordeaux after a week on the run.

The girl, who cannot be identified in Britain for legal reasons, was flown home while Forrest was detained by the French authorities.

He was extradited in October under a European arrest warrant issued on suspicion of child abduction and has since been detained in custody awaiting trial.

British authorities want to add having sex with a minor to the abduction charge. But because the statutory rape charge was not included in the extradition request, they can do so only with the agreement of the French court that approved his handover.

The additional charge increases the maximum sentence Forrest could face from seven to 14 years.

State prosecutors recommended accepting the British request at a hearing in December. Forrest's lawyers argued for it to be rejected on the grounds that their client's detention in custody was disproportionate to the nature of his alleged crime or crimes.

Under French law, a 15-year-old is deemed capable of consenting to sex while in Britain she is still considered a minor. Both countries outlaw sexual relations between teachers and students in their care.