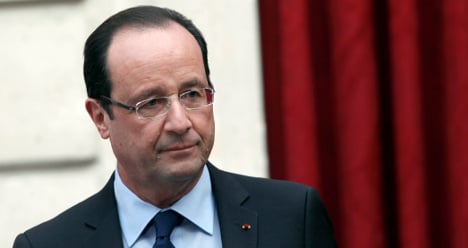 In an updated travel advisory, the foreign ministry said all non-essential French citizens should leave the West African state.

Earlier in the day, President Francois Hollande said France would respond urgently to Mali's appeal for help to repel an Islamist offensive, but only under the auspices of the United Nations.

"They are trying to deliver a fatal blow to the very existence of this country," Hollande said of the Islamist groups that control the north of Mali. "France, like its African partners and the whole of the international community, cannot accept this."

Despite stressing the urgency of the situation created following the Islamists' advance this week, Hollande made clear that there would be no unilateral intervention by France, the former colonial power.

Nonetheless, a Malian government official claimed that today’s counter-offensive had the support of French and European armed forces.

"European military, including French, are present in Mali to repel any southward advance by the Islamists," the official said, speaking on condition of anonymity.