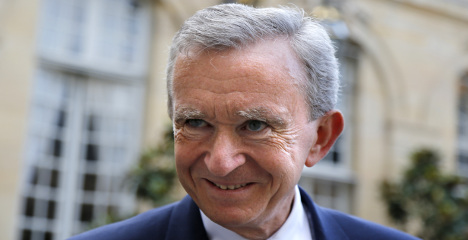 Dutch newspaper De Morgen reported on Friday that an application by the billionaire head of the luxury goods empire LVMH, to become a Belgian citizen has not been backed by prosecutors in Brussels.

Arnault caused uproar in France when it emerged in autumn last year he was seeking Belgian nationality.

The businessman came under fire from politicians who believed his move was motivated by a desire to avoid the notorious French taxman and the proposed 75 percent top rate. Arnault vehemently denied the accusations.

But his application is in doubt after a spokesman for the prosecutor’s office in Brussels said Arnault had not proved that Belgium had been his principal residence for the last three years, as is required.

Arnault’s Belgium based businesses are also the subject of an on-going inquiry by authorities, the spokesman added.

The announcement comes after immigration authorities in Brussels also advised against granting him Belgium nationality.

The prosecutors in Brussels will pass on their file on Arnault to a parliamentary committee, which will then take a final decision on whether he will be granted Belgian nationality.

The larger than life actor, who has opted for tax exile from his native country, had no trouble gaining a Russian passport, which was handed to him personally by the country’s president Vladimir Putin.