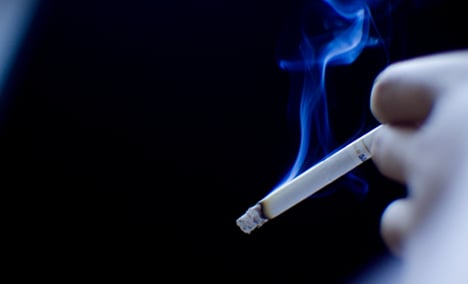 "The risks of smoking are still gravely underestimated by the public," said Didier Migaud, the first president of the Cour de Comptes, the body that audits government spending.

The watchdog's report reviewed the impact of anti-smoking measures since 1991, when legislation was first introduced requiring bars, cafés and restaurants to provide smoke-free areas.

A tougher law, banning smoking in all enclosed public spaces, came into force in 2007, but has not had the hoped-for impact.

The number of smokers fell from 34.7 percent to 31.4 percent between 2000 and 2005 but rose again to 33.7 percent by 2010, with the upward trend strongest among women, the young and people in economic difficulty.

Migaud compared the situation in France unfavourably to Britain, where the percentage of people smoking has fallen from 30 percent to 20 percent in the last decade, thanks to education, programmes designed to help people quit and strict enforcement of restrictions on sales of tobacco, notably to minors.

"Here a tobacconist is likely to be subjected to checks once a century," Migaud said.

He also lamented the fact that government aid to the nation's cigarette kiosks – intended to cushion them against falling sales – had averaged 300 million euros per year since 2004, three times the amount spent on prevention measures.

The report concludes that the government should increase prices sufficiently to achieve a lasting fall in consumption, force producers to switch to brand-free packaging and ban cigarettes from public display in tobacconists.

At the same time, resources should be shifted towards education, help for people who want to quit and better enforcement of existing restrictions on sales.