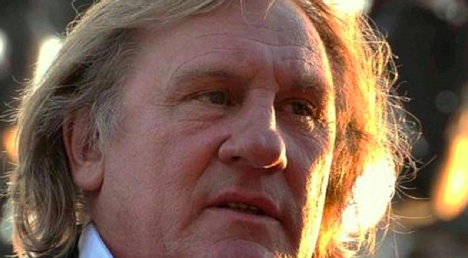 It is thought Depardieu made the move to avoid new tax hikes on the wealthy brought in by the Socialist government.

Daniel Senesael, mayor of the village of Nechin, where the star has bought a house, revealed the purchase to French press on Sunday. He also suggested Depardieu was looking into applying for Belgian residency.

"I think he wanted to enjoy the atmosphere in Belgium, our identity, the rural, bucolic setting,” Senesael said on radio station RTL on Sunday.

Depardieu will be joining the likes of the Mulliez family, owners the national French supermarket chain Auchan, who also live in the same area.

Belgium does not have the same capital gains or wealth taxes, which in France applies to people with assets over €1.3 million.

The actor made headlines last week after being charged with driving while drunk on his scooter around Paris – his second drunk driving charge of the year. 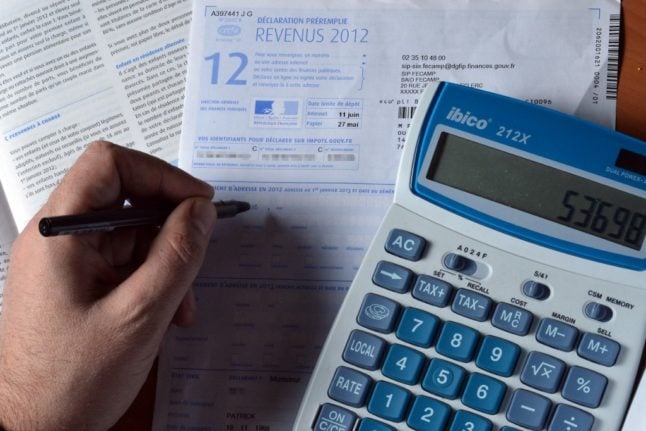 If you are encountering the French tax system for the first time, just looking at the various forms can make you dizzy, as the vocab isn’t exactly everyday-French.

Even French natives sometimes struggle to understand what they are being asked about, which is why the government has created a tax lexicon (available HERE).

It is 23 pages long, but we have picked out the key terms and added a few that might be unfamiliar to foreigners.

If, however, you are looking for a specific term that doesn’t appear in the list below, we recommend you check the official guide.

We have also explained in detail how to fill out the annual tax declaration HERE.

Nom – as with all French forms, nom refers specifically to your surname or family name. Your prénom (first name) comes later. Tax forms generally ask for your nom de naissance which is the family name you were born with (even if you have changed your name through marriage) and will then ask for nom auquel vos courriers seront adressés or name for correspondence to be addressed to.

EXPLAINED: What’s in a name? Understanding how to fill out forms in France

Avis d’imposition – tax notice. This is for your annual tax return. If your main residence is in France you must fill in a tax return – even if all your income comes from another country. France has double taxation agreements with most countries, so if you have already paid tax on, say, income from a rental property in the UK you will not be liable for more tax in France on the same income. But you must still tell the French tax man about it.

Déclarant – refers to the person declaring the taxes. The verb is déclarer and un déclarant is la personne qui déclare – the person who declares. The form has spaces for two déclarants because married couples and those in a civil partnership file a joint return. If you are declaring as a single person just ignore the column for déclarant 2.

Foyer fiscal – tax household. France bases taxes on the household and you will be asked about it in detail when filling out your declaration. Couples who are married or in a civil union (Pacs) should make one joint declaration rather than two. If you got married halfway through the year you can now declare one common declaration for the whole year.

Parent isolé – single parent. This only goes for those who were not living with a partner on December 31st the year before declaring the taxes. If you got divorced, separated or lost your partner after that date, you have to wait until next year to declare it. In addition to parents, this category also includes singles who are taking care of a disabled person.

Enfant majeur – a child over 18 years old. Parents in France may attach their adult child to their tax declaration until the age of 25, under certain conditions.

Personne à charge – means ‘person to take care of’, and means that you have a person in your household that you are financially responsible for, usually referred to in English as a dependant.

Concubinage – a couple who live together but aren’t married or in a civil partnership. If that’s you, you’re not allowed to tick the box of parent isolé if you have children.

Prélèvement à la source – This sounds confusing, because it’s sometimes translated as “withholding tax”. However it just means the tax that is automatically deducted from your salary each month if you are an employee. Usually referred to in English as ‘taxation at source’ or PAYE (pay as you earn), it’s a relatively recent innovation in France.

Revenus des indépendants – income for the self-employed. Whereas employees get their taxes deducted automatically from their payslip, self-employed people, contractors or freelancers have to declare all their income and social benefits, if any, on their tax declarations.

Micro-entrepreneur – this is a specific professional status that self-employed people may opt for if their income is below a certain threshold. It used to be known an auto-entrepreneur.

Comptes à l’étranger – foreign bank accounts. If you have a bank account in a country other than France, you have to declare that to the tax man, or risk a €1,500 fine (€10,000 for those with an account in a country that doesn’t have a tax evasion deal with France) per account. New international banking rules aimed at money-launderers mean it is increasingly easy for countries to find out this information.

Contribution à l’audiovisuel public – this means ‘contribution to the public audiovisual’. It is the French equivalent of a TV licence and is paid by almost everyone. You pay it if you have a TV in your property, even if you don’t watch French TV.

Abattement – rebates. France has a long list of specific tax rebates, some of which are directed professional groups while others go to parents for costs like childcare and domestic help. Find out more about the deductions available here.

Coordonnées bancaires – bank information (such as the account holder’s name, account number, BIC and IBAN) you are given the option to add this to your tax declaration so that payments can be taken – or refunds credited – directly.

Taxe d’habitation – the housing tax paid by those living in a property, not the owner, is in the process of being phased out and most people won’t have to pay it this year. However second home owners are excluded from the phasing out and still have to pay it, bar a few exceptions. This is separate to the annual tax declaration and bills are sent out in the autumn.

Revenus fonciers – this means ‘property income’, but it only refers to income coming from properties that are rented out unfurnished. If you rent out a furnished property that also has to be declared, but under the box called bénéfices industriels et commerciaux (BIC).

READ ALSO: Five things to know about renting out your holiday home in France

Micro foncier – the box to tick if the revenus fonciers are up to €15,000 annually, which allows for a 30 percent tax rebate on the gross income.

Régime réel – the box to tick if the revenus fonciers exceed €15,000 annually, in which case there won’t be any tax rebate available.

Pensions – pensions. You have to declare any pensions you receive, whichever type it may be, even if they are paid by another country. There are several other similar terms that belong to the same category as pensions.

Demande gracieuse – means ‘gracious request’ and is what you may do if, upon receiving your tax notice, you realise you could have paid less tax if you had ticked a different box somewhere or given additional information. The term ‘gracious’ is there to signify that the tax man can choose to accommodate your request if he so pleases, but there’s no rule saying he has to. As a general policy we would recommend always being very polite to tax authorities.