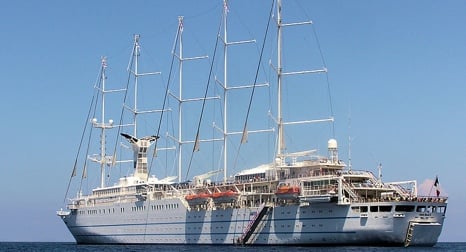 The travel and leisure specialist, which returned to profitability last year, said that given the uncertain outlook for the European economy it would not pay a dividend.

However, Club Med held out the possibility of a share buyback, which it said was preferable to paying a dividend, which it hasn't done in a decade.

Despite turning in duller second half results, annual sales still rose by 2.6 percent to 1.46 billion euros.

The profit margin slid to 8.7 percent from 8.9 percent.

Since 2004, Club Med has sought to move both upscale to base itself in the luxury segment and create resorts in developing countries to rely less on Europe.

The company "is positioned to capture the growth of the market of high-end all-inclusive vacations and have, at the end of 2015, nearly one client in three from a rapidly developing country," he said.

Currently about 25 percent of Club Med's clients are from rapidly developing countries.

The company aims to have three-quarters of its business in the luxury segment (four or five stars), compared to two-thirds today and 45 percent five years ago.

The company has a dozen resort projects abroad due to be completed by 2015, with China expected by then to become Club Med's number two market with 200,000 clients in five resorts.

To capture the Chinese market, it plans to target the urban rich seeking weekend escapes to luxury resorts it plans to open in idyllic settings near major cities.

Favouring a strategy of management contracts, the resorts will be branded "by Club Med".

The Chinese investment company Fosun is one of Club Med's biggest shareholder.