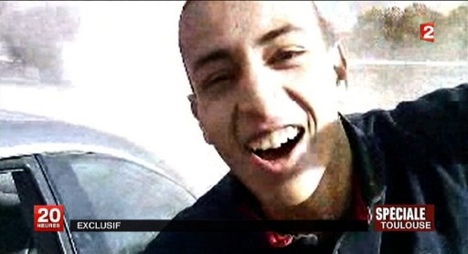 One man described by police as a member of the traveller community who converted to Islam was detained on suspicion of having provided aid to Merah in carrying out the March attacks that shocked France.

He was arrested without incident at his home in the town of Albi, about 70 kilometres (45 miles) northeast of Toulouse, where he was to be taken for questioning, police sources said.

His former partner was arrested separately at her home in Toulouse, with police saying she may have been aware of his involvement and failed to inform authorities.

The nature of his alleged involvement was unclear, but investigators have been searching for a suspected "third man" believed to have been with Merah and his brother Abdelkader during the theft of a scooter used in the attacks.

Merah shot a rabbi, three Jewish schoolchildren and three French paratroopers in March before being shot dead in a police siege in Toulouse.

Abdelkader was arrested after the attacks and remains in custody.

Sources close to the investigation warned against concluding that the suspect arrested Tuesday was the "third man".

He can be held for questioning for up to 96 hours without charge.

Merah's elder brother Abdelghani previously told French media that someone from the traveller community may have been involved in stealing the scooter.

Investigators are also probing whether any possible accomplices may have provided funds or weapons used by Merah.

A petty criminal who was lured into Islamic extremist circles in Toulouse, Merah visited Afghanistan and Pakistan before his attacks.

Since his shooting spree, it has become clear that Merah had been on the radar of France's security services for years and that authorities under-estimated the extent of his radicalization following his trips abroad.

French intelligence services have been heavily criticized for failing to realiize the threat posed by Merah.

His attacks prompted a rethink of French security policies, with legislation being considered that will allow authorities to prosecute citizens who attend militant Islamist training camps abroad and to boost monitoring of extremist sites on the internet.