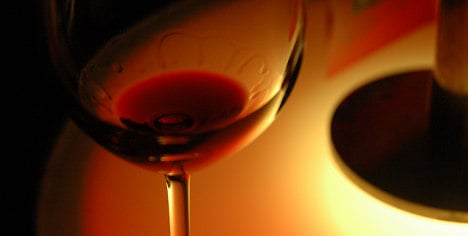 A study that will have viticulteurs weeping into their vats also revealed that fizzy drinks and fruit juices are gradually pushing wine off the nation's tables.

Fewer than one in five French adults now drink wine almost every day as health concerns and a sluggish economy maintain a long-term pattern of sharply falling consumption, according to research carried out every five years for the ministry of agriculture.

The survey, published this week, found that the number of people who drank wine on a daily basis had fallen to 17 percent in 2010, down from 21 percent five years earlier.

In the same period, the number of occasional drinkers, those who enjoy a glass once or twice a week, rose from 41 to 45 percent.

The findings reflect a long-term trend that has seen France's average wine consumption fall from 160 litres per adult, per year in 1965 to 57 litres in 2010, roughly the equivalent of a drop from three glasses to one glass per person, per day.

Caroline Plot, the official who oversaw the research, said increasing awareness of the perceived health dangers associated with regular consumption of alcohol had combined with economic worries, leading to consumers reducing their purchases of wine.

"There has also been a real shift in consumption habits: fizzy drinks and fruit juices are taking the place of wine on the French table," she added.

"Alcohol in general and wine in particular have become a weekend thing, to be consumed in a convivial or celebratory setting," explained Philippe Janvier, one of the study's authors.