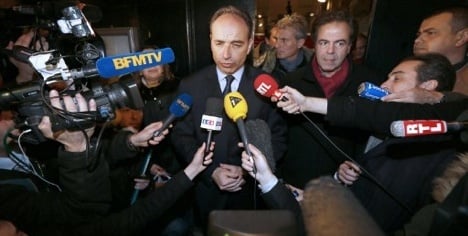 The contested leadership vote has thrown into turmoil ex-president Nicolas Sarkozy's UMP — still reeling from its loss of the presidency and parliament this year —  and raised the spectre of an unprecedented split on the right.

Called in to mediate the damaging dispute, party heavyweight Alain Juppé threw in the towel after only 45 minutes of talks between ex-prime minister Francois Fillon and party secretary general Jean-Francois Copé late Sunday.

Fillon quickly blamed his rival and raised the stakes by promising to turn to the courts.

"Jean-François Copé holds sole responsibility for a failure that hurts our party and, furthermore, undermines the image of political activity," Fillon said in a statement.

"Anxious to break the deadlock into which Jean-François Copé's successive power grabs have plunged our party, I will refer the matters to the courts to restore the truth of the results and give a voice back to (party) activists," he said.

Copé held his ground, saying he was awaiting the decision of a party electoral appeals commission. He did not want to "mix the judicial process with the political process", he added.

The commission suspended its ruminations overnight and was set to meet again later Monday morning.

The Fillon camp considers the committee to be largely pro-Copé.

Supporters of the former prime minister hinted at an initiative on Monday to end the issue, without giving away any details.

Fillon, 58, and Copé, 48, have traded accusations of fraud and bad faith since last Sunday's party vote ended with Copé ahead by a handful of votes.

The party electoral commission has since said that ballots cast in France's overseas territories that were not counted would have reversed the result.

The Copé camp, meanwhile, has claimed he would have won by a clear margin but for vote-rigging in the Mediterranean city of Nice.

The party has faced ridicule over the debacle, at a time when it should be taking advantage of Socialist President François Hollande's falling popularity over his handling of France's struggling economy.

Sarkozy himself waded into the debate Sunday. He was attending a conference in Shanghai, but a source close to the ex-president told AFP he had telephoned Juppé and was "in favour of all initiatives that could resolve the situation".

Juppé, a former prime minister, said Sunday evening after the talks broke up that he was giving up his efforts.

"Alain Juppé, noting that his proposals were not accepted, considers that the conditions for a mediation did not come together," said a statement.

"Therefore he considers that his mission is over."

The party's former secretary general, ex-labour minister Xavier Bertrand, urged the UMP to clean up its act and warned that its existence was at stake.

"This spectacle, this image we have put forward this week, is shameful, not worthy of a great political party," he told France 2 television.

"We must emerge from the crisis we are sinking into, I don't think that in the last 10 years the UMP has ever been in as much danger."

One Fillon supporter, UMP deputy Lionel Tardy, raised the prospect of a "split" in the UMP's parliamentary faction.

"Fifteen parliamentarians is enough to form a group but there would be more of us than that, there would be a lot of people, probably more people than with Jean-Francois Copé," he told journalists.

However Copé, speaking on national radio, said: "It's a crisis but the UMP will survive." 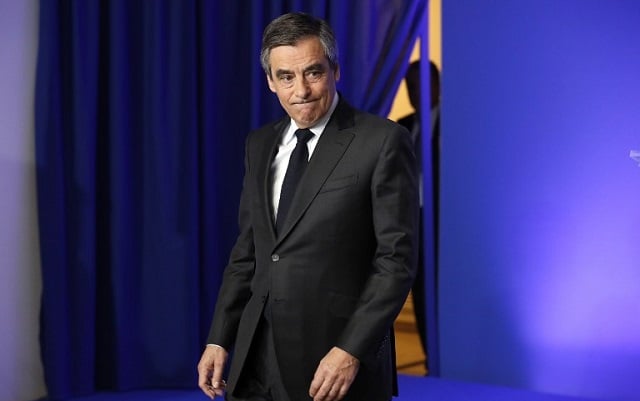