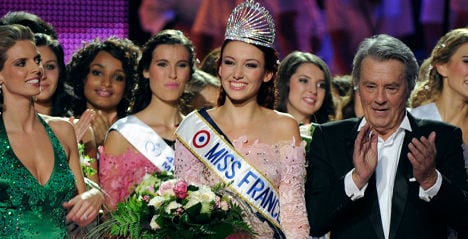 The 33 candidates, who arrived earlier this week on Maurice Island, where the competition is being held, will have to respond to these 40 questions in 60 minutes.

According to regional paper Sud Ouest, the 33 contestants, all aged between 18 and 24, will take the written test, “some with the look of panic on their face”, in the private cinema of the luxury hotel they are staying in.

The contestants, who arrived just over a week before the competition starts, have also been given strict instructions not to venture too far from the hotel to avoid unauthorised photos of them being taken.

Here’s a selection of some of 40 quiz questions the girls will be asked:

Which actor won the Oscar for best actor for the film the Artist in 2012?

How many seasons of Desperate Housewives are there?

In what year did Michael Jackson die?

What is the Goncourt Prize?

Which shoe designer has the signature trademark of red souls?

Who is Anna Wintour?

Which ocean runs alongside Maurice Island?

Which historic event do the French celebrate on 14th July?

Who is the current Prime Minister and to which political party does he belong?

Who were the two candidates for the 45th presidency of the United States?

Who was Steve Jobs?

What is the average price of a French baguette?

Who is Usain Bolt?

Complete the following set of letters: A E I…

Translate (into French) this passage from Leila Lopez, Miss Universe 2011:

On September 12, 2011 Leila Lopes made history as the first woman from Angola to win the Miss Universe crown Leila was born in Angola's southern Benguela province, a place she loves for its beautiful beaches, kind people and amazing food. As the eldest daughter of seven children, Leila cites her family as a positive influence in her life and the source of her strength.. Leila is only the fourth woman from Africa in the pageant’s sixty year history to win the Miss Universe title.