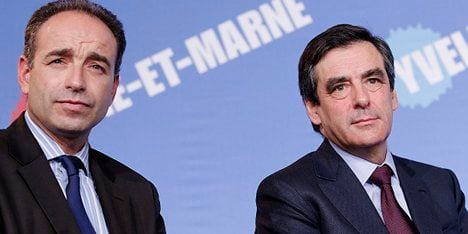 Both Jean-François Copé, the right-winger who was declared the winner of Sunday's knife-edge vote, and his centrist rival François Fillon have agreed to mediation intended to establish who actually won and whether mutual allegations of ballot rigging had any foundation.

Party heavyweight Alain Juppé, a former premier and foreign minister, has been handed what promises to be an extremely delicate job with the two camps still squabbling over the exact terms of his mandate.

"It is not the presidency of the UMP that is at stake, it the very existence of the party," Juppé warned in a tweet after agreeing to take on the role, review how the election was run and report back in 15 days.

Despite that deal, the fratricidal sniping continued, suggesting any settlement proposed by Juppé may prove short-lived.

"A political party is not a mafia," Fillon said Friday. "You can't just bury scandals, refuse to tell the truth."

The electoral commission has since said that ballots cast in France's overseas territories which were not counted would have reversed the result while the Copé camp has claimed he would have won by a clear margin but for vote-rigging in the southern city of Nice.

The UMP's rivals meanwhile are rubbing their hands with glee.

The ruling Socialists, struggling in the opinion polls and grappling with a stagnating economy, have been given a huge morale boost by the sight of their main opponents self-destructing in front of them.

The far-right National Front is also hoping to capitalise on the UMP's woes.

"The UMP was created purely for the electoral interests of those who are involved in it and that is why it is falling apart now," said NF leader Marine Le Pen.

"How can anyone expect these people to work together after they've called each other corrupt, thieves, cheats?

"Whoever becomes the leader will have no legitimacy. They're finished."