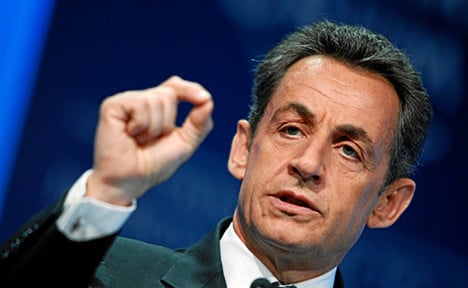 France's ex-president Nicolas Sarkozy appeared before a judge Thursday to respond to charges that his 2007 electoral campaign was financed with funds secured illegally from France's richest woman.

Sarkozy, who lost his immunity from prosecution after losing the presidential election to Socialist Francois Hollande in May, is facing a slew of legal inquiries. Among them:

Thursday's questioning is over suspicions Sarkozy took financial advantage of elderly L'Oreal heiress Liliane Bettencourt when she was too frail to fully understand what she was doing.

The allegation is two-fold: that the money obtained from her took his campaign financing over legal limits and that it had been secured without her full knowledge or consent.

This latter claim was made by Bettencourt's former accountant, Claire Thibout in 2010. She told police that she had handed envelopes stuffed with cash to Bettencourt's right-hand man, Patrice de Maistre, to be passed on to Sarkozy's campaign treasurer, Eric Woerth, who has since been charged with receiving illicit funds.

Maistre withdrew a total of four million euros in cash from Bettencourt's Swiss bank account in seven instalments between 2007 and 2009.

Bettencourt is now 90 and has been in poor health since 2006.

Judges have charged both a prosecutor close to Sarkozy and the head of France's domestic intelligence agency, Bernard Squarcini, with having illegally obtained the journalist's mobile phone logs in 2010.

Two close aides to Sarkozy have been charged by judges investigating alleged kickbacks on a Pakistani arms deal.

The case dates back to Sarkozy's time as budget minister, when he allegedly authorised the creation of a shell company used to channel kickbacks to then prime minister Edouard Balladur's unsuccessful 1995 presidential bid.

In more serious but harder to prove allegations, magistrates are also probing whether a 2002 Karachi bombing that killed 11 French engineers was revenge for the cancellation of bribes secretly promised to Pakistani officials.

French authorities confirmed this week they have also opened a preliminary investigation over the management of opinion polls carried out during Sarkozy's 2007-12 term as president.

The probe was triggered by anti-graft organisation Anticor, which suspects the ex-president of having handed the contract for the polls to a company, Publifact, run by his former advisor Patrick Buisson, and of using public funds to carry out his own party political electoral research.

Claims were also made during this year's election campaign that former Libyan strongman Muammar Qaddafi's regime financed Sarkozy's 2007 campaign to the tune of €50 million, but no investigation has been opened.

Sarkozy is pursuing a defamation suit against online news website Mediapart over its reporting of the allegations.