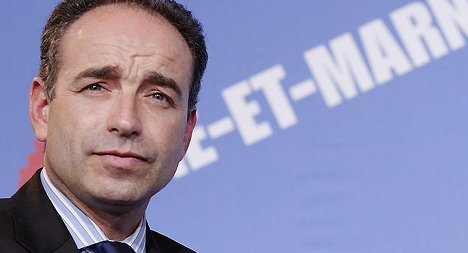 The narrow winner of a battle to succeed Nicolas Sarkozy at the helm of France's right-wing opposition UMP party, Copé, 48, had declared victory late on Sunday, only a few minutes before his rival, ex-prime minister François Fillon, did the same.

Counting in the party vote resumed on Monday following allegations of vote-rigging and irregularities, with Copé finally winning by a handful of votes.

So ambitious is Copé that during his first marriage in 1991 he declared to the assembled guests: "You're lucky, you're at the wedding of the future president."

The marriage didn't last – Copé divorced in 2007 – but his ambitions have never faltered.

Born May 5, 1964, in the Paris suburb of Boulogne-Billancourt, Copé is like Sarkozy the descendant of recent immigrants. His Jewish grandfather fled Romania in the 1920s to avoid anti-Semitic persecution and Copé's father became a doctor.

Copé's mother was of Jewish Algerian descent and he has described himself as a "non-practising Jew".

Like so many in the French elite, Copé attended top Paris high schools and then the famed Ecole Nationale d'Administration (ENA), which has produced generations of the country's top officials.

After graduating, Copé worked for a series of state-run financial institutions and taught at university, while pursuing a political career with the French right.

He supported Jacques Chirac in the 1995 presidential election and the same year was elected both mayor and National Assembly deputy for the working-class town of Meaux near Paris.

He held a number of positions under Chirac, including junior budget and junior interior ministers, and was government spokesman from 2002 to 2007.

He was sidelined to some degree when Sarkozy took office in 2007, but took a largely symbolic post – head of the UMP's parliamentary delegation – and used it as a soapbox to raise his profile.

In 2010, he became secretary general of the UMP and continued to gain attention as one of the party's most fierce advocates and debaters.

He has been credited with swinging the party to the right in a bid to take votes from the far-right Front National and raised hackles during the leadership campaign with complaints of "anti-white racism" in French suburbs.

He famously told one campaign rally an anecdote of a group of "thugs" snatching a pain au chocolat pastry from the hands of a young boy and telling him there was no eating during the Muslim fast of Ramadan.

Copé followed up last month with the publication of a "A Manifesto for an Uninhibited Right", in which he lambasted a culture of discrimination against whites amongst immigrant communities in impoverished urban areas.