The so-called Oxford guru, after the UK university town which he had made his base, was also stripped of his civic rights for five years, according to a report by the 20minutes.fr website.

The pair stood accused of having swindled eleven members of the de Védrines family out of a total of $5 million ($6.34 million) after persuading them that they alone could save them from a secret Masonic plot.

Claiming to be a descendant of the Austro-Hungarian Hapsburg nobility, Tilly convinced the family to barricade themselves into their ancestral home of Château Martel near Monflanquin in the department of Lot-et-Garonne.

The château was ultimately seized by the French fiscal authorities after the increasing reclusive family stopped paying their taxes and sold off in 2007.

The family then moved to Oxford in southern England, where they lived in a number of suburban homes with some family members working menial jobs such as gardeners and cleaners.

Tilly's reign of psychological terror against the family came to an end when he was arrested in Switzerland in 2009. Christine de Védrines had in 2008 fled Oxford telling police that she had been violently abused by Tilly and her family for failing to reveal the location of a secret fortune that they were convinced she possessed. 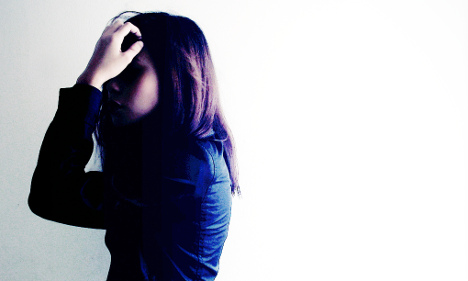 One of his female clients was even told to sleep with ten men a day, while others were ordered to carry out sadomasochistic acts in front of their partners.

Masset, aged 70, went on trial in the French town of Albertville on Wednesday accused with “abusing the weakness individuals with psychological troubles.”

While many of his patients are too ashamed and traumatised to press charges, 17 of his victims are being represented in the case as civil parties.

Masset took advantage of the lack of regulation around psychotherapists and began operating as a therapist in 1990 in the town of Ugine, in the French Alps.

The former cleaner with Annecy council had no qualifications but quickly built up a list of clients and would earn around €10,000 a month, according to reports in the French press.

He would lead them to believe they had probably been sexually abused as children without them realising.

To heal them, Masset would order them to increase their sexual activities, outside of their couple and without protection.

“For some patients it involved torture,” said Roselyne Duvouldy, the lawyer for 14 of his victims. “One of his victims had to sleep with ten men each day,”

To enable his patients to carry out the prescribed therapy he would introduce them to each other.

“He also brought up false memories of incest for some victims, which had terrible knock-on effects for the families concerned by  these false allegations,” said the charity.

According to his lawyer Max Joly, the pseudo-therapist “finds it hard to understand why he is being punished, given that his activity was within the law.”