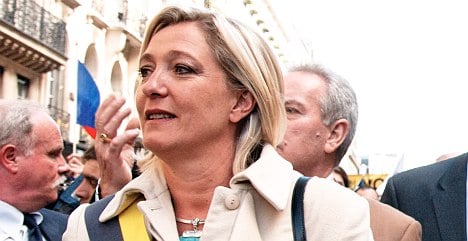 The militants were upset over the involvement of the National Front in a November 11th Armistice Day commemoration ceremony held in the town, which they considered a “provocation”, according to a report from the website of the Progrès newspaper.

At least three members of the party headed by Marine Le Pen were injured in a room where a group was preparing to take part in the commemoration on Sunday morning.

The ceremony itself took place without incident.

However, 50 young members of the National Front who participated in the homage to soldiers who died for France were challenged after a procession through the centre of Saint Etienne by 20 extreme left wingers, Progrès reported.

Law enforcement officials in riot gear intervened, separating the two groups and preventing any fisticuffs between the two groups.

The victims of the earlier attack filed official complaints with justice authorities, according to press reports.

The clash was the latest in a a series involved hard left sympathizers and National Front members.

Julien Sanchez, a member of the party and a councillor for the Languedoc-Rousillon complained of facing death threats and insults from extreme left wingers and union members while "demonstrating peacefully" on Saturday with fellow party members in Nîmes.