An Alcatel-Lucent statement said its net loss came to €146 million ($189 million), far above the loss of 108 million euros expected by analysts.

The figure included an after-tax accounting adjustment of €34 million related to the acquisition of Lucent by Alcatel in November 2006.

The tie-up between the two companies has been beset by problems and restructuring.

In the three months from July through September, the company also suffered an operating loss however, of €125 million, on sales that slipped by 2.8 percent on an annualised basis to €3.59 billion.

Analysts had forecast a much bigger drop in sales of 6.5 percent.

Company chief executive Ben Verwaayen was quoted as saying: Our third-quarter results are reflective of the significant transformation we are undertaking both in terms of scope and timing.

"In addition, our revenue growth and gross margin were impacted by overall carrier spending dynamics and product mix, especially in wireless, he added.

The CEO said that since the beginning of the year, Alcatel-Lucent had cut costs by €450 million, and was making progress with a plan to shed 5,500 jobs worldwide.

It has laid out a plan to find a total of €1.25 billion in savings by the end of next year. 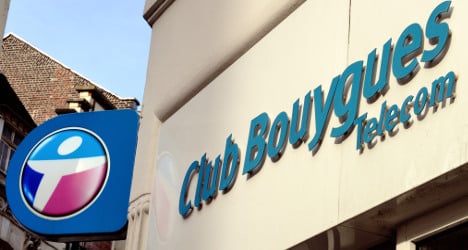 Bouygues Telecom said its offer, which includes €10.5 billion in cash and a 46 percent stake in the new company, would involve no forced redundancies and would "revitalise" employment in France's telecoms sector.

Bouygues Telecom said its proposed merger with SFR would create the largest mobile network and second-largest fixed network in France. It also pledged to double investment in France's optical fibre network to €400 million a year.
The new company would be floated as soon as the merger is completed. Vivendi would then be offered the opportunity to monetise a further 15 percent of the capital and would be free to sell up at any stage.
Bouygues Telecom predicted the deal would generate around €10 billion in synergies, 80 percent of which would be achieved in three years.
Post-synergies, it estimated SFR would be worth 19 billion euros.

Vivendi has been planning to split its business into two units, separating off SFR to focus on its media operations which include Universal Music.

Vivendi has also been looking to raise cash to lower its massive debt, unloading some other major assets such as video games maker Activision Blizzard.

"This is the best project for French consumers, French infrastructure, and the shareholders of Vivendi and Bouygues," said group finance director Philippe Marien.

If approved by anti-trust regulators, the new company would potentially create a phone carrier that would rival market leader Orange, but reduce the number of operators on the French market to three.

The arrival of upstart Free telecom as the fourth operator on the French mobile market in 2012 has led a fierce price war and a squeeze on their profits.

Orange's chief executive Stephane Richard has been an outspoken advocate of consolidation of mobile operators across Europe, but pledged Thursday to watch this deal closely.

"We will scrutinise the conditions of this proposed deal and measures to ensure balanced competition remains" if the market returns to three competitors.

However Bouygues is not be the only suitor for SFR.

Cable operator Numericable has not publicly disclosed its offer, but sources put it at 11 billion euros in cash, and giving Vivendi a 32 percent stake in the new company.

The Numericable offer values SFR at 15 billion euros pre-takeover, while Bouygues puts it at 14.5 billion.

Altice, the parent company of cable operator Numericable, has made no public confirmation of its bid, but SFR said late Wednesday it had received two offers to take majority control of the company.

Telecoms analyst Sylvain Chevallier at consulting firm BearingPoint said that while the financial terms were relatively similar, the two offers "would have an impact completely different on the telecoms market".

He said "Bouygues' project has more industrial logic and will return the market to three operators, which will possibly make them more inclined to invest, even if it will probably lead to higher prices and puts jobs at risk."

On the contrary, the Numericable offer would leave competition fierce in the mobile segment with four operators.

Investors appeared to favour the Bouygues offer. Shares in Bouygues jumped 4.85 percent in afternoon trading, while those of Numericable plunged 6.37 percent in a Paris market showing a light gain overall.