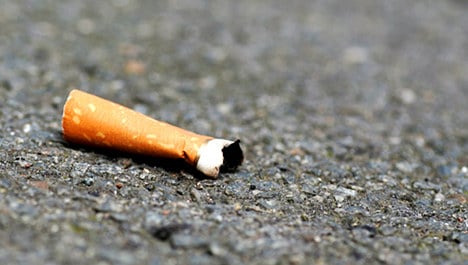 Delanoë is planning to rise the fine for dumping to €68, saying the previous fine of €35 was “too little to dissuade the wrongdoers”.

“These kinds of situations are often due to a lack of civility, despite our best efforts to inform and incentivize people,” he said.

As part of a campaign called “throw out your cigarette butt, become a hero”, the mayor is also introducing about 10,000 cigarette bins around the city.

The scheme, also run by WWF director Serge Orru, claims around 30 million cigarette butts are discarded in the street in France per year.

“Cigarette filters are both non-biodegradable and toxic, and it is unthinkable to find them on our beaches, in the heart of our countryside, where we live and even at our water purification stations,” said Orru.

“Paris could be an example for the rest of the world.”