The 35-year-old was convicted of forgery and breach of trust for gambling away nearly €5 billion ($6.3-billion) in risky deals as a star trader at Société Générale, one of Europe's biggest banks.

Branded a crook by his ex-employer and a mere scapegoat by defenders, Kerviel insisted his bosses knew what he was doing and turned a blind eye to possible breaches of rules as long as he kept the profits rolling in.

Even as he racked up billions for the bank in its skyscraper in Paris's La Défense business district, Kerviel lived modestly in a small suburban flat and took the train to Brittany in the holidays to visit his widowed mother.

"I am an ordinary person. I am not crazy," he said during investigations into the scandal after Société Générale was driven to unwind €50 billion of risky deals that it blames on him.

"I didn't earn millions (in salary) and I didn't drive a Porsche," said Kerviel, who was paid €50,000 a year plus tens of thousands more in bonuses when the scandal erupted in January 2008.

Some commentators have interpreted his big risk-taking as motivated by the desire to prove himself, a young man from a modest background, among the ranks of high-flying traders from elite schools.

Société Générale says he worked out how to circumvent complex risk-control mechanisms and its lawyer Jean Veil accused him of "duplicity" in reassuring his employers that all was well.

Kerviel appealed against his conviction but on Wednesday a Paris court upheld the original sentence.Kerviel was born in the small town of Pont l'Abbe, Brittany, to a father
who taught metalwork and a mother who was a hairdresser.

He once ran for municipal office as a candidate from ex-president Nicolas Sarkozy's right-wing UMP party but was not elected. He told the newspaper Libération that as a child he wanted to be a vet.

Instead, Kerviel trained in economics and finance at universities in nearby Quimper and in Nantes and Lyon, where his teachers said he graduated with solid but not exceptional grades.

He joined Société Générale in 2000 where he was promoted to the "front office" five years later to trade futures on European share indices – effectively betting on the direction of the stock market.

Colleagues at the time described him as a quiet loner. Journalists have likened the fresh-faced ex-trader to the film star Tom Cruise.

He liked the music of R and B singer Alicia Keys and was a big film fan, admitting that he cried at the end of the 3D fantasy "Avatar."

Kerviel spent 38 days in custody after his arrest in 2008 and later took up a job at a small IT company in a suburb of Paris. He is currently unemployed.

He said ahead of his initial trial that he hoped it would teach people the lessons of the global financial crisis.

"Respect for work, solidarity, honesty – I grew up with these notions. But when I became a trader, I lost part of these morals." The sum he is now expected to repay is equivalent to what Kerviel might earn over 370,000 years if he started working for the French minimum wage. 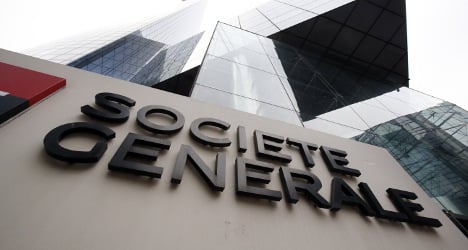 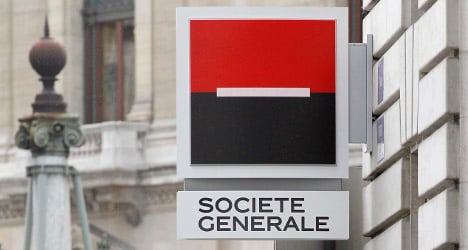