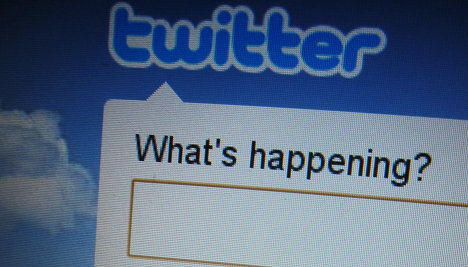 Spurred on by the company's decision to ban a neo-Nazi account in Germany on Thursday, the group has sought a legal order for the tweets and their writers to be blocked.

The hashtag started earlier this week, and was the third most tweeted topic by Wednesday.

One tweeter said “#AGoodJew is a dead Jew #YouTooRiskYouAccountBeingDeleted”, and several others posted photos of concentration camps beside the hashtag.

The UEJF’s lawyer, Stéphane Lilti, has heavily criticized Twitter’s reaction to their complaints, and claims their demands were not listened to during a meeting with the Paris and San Francisco offices yesterday.

“There is a fire and we have to put it out. We want to put an end to this torrent of hatred, which could become all so real,” he said.

“Like all hosts, Twitter has to react promptly when someone tells them about racism on their site.

“Twitter has reacted as an American service provider: they’re obsessed with American law. But, for tweets in French, destined for French people, Twitter must follow French law.”