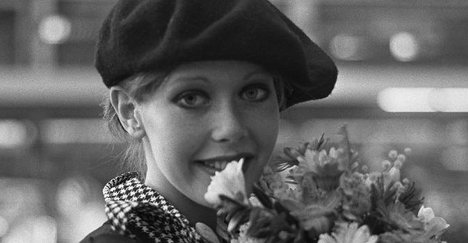 "Her life exploded the day she entered into people's fantasies," said the film's director Just Jaeckin.

Beautiful and intelligent, Kristel acted with the greatest names in cinema and had no problems performing nude.

But she never learned to live with her success and suffered an addiction to alcohol and drugs, a prisoner of the desires of the estimated 350 million people who watched the film.

Born in the Dutch city of Utrecht on September 28, 1952, Kristel was placed by her parents, hotelkeepers, at the age of 11 in a religious boarding school, where she was regarded as gifted. But she preferred modelling, winning the Miss TV Europe competition in 1973.

A worldwide success, it was shown in a cinema on the Champs-Elysees in Paris for 13 years and is regarded as one of the most successful ever French films.

She often featured in roles that built upon that image, most notably starring in an adaptation of Lady Chatterley's Lover in 1981 and later she also played in "Mata Hari", "Casanova" and "Hot Blood".

From the 1990s her career started to lose steam, as a result of problems with alcohol and drugs. She confessed to choosing films in the 1980s for financial gain to feed her dependence on cocaine.

She faced serious financial problems and health worries and went through a series of divorces, which she recounted in her 2006 autobiography "Nue" ("Naked"). But she continued to perform in numerous Dutch films, also taking part in small European productions like "Two Sunny Days".

Kristel died overnight after a stroke following treatment for throat cancer. She was also suffering from liver cancer.

Kristel is survived by a son, Arthur, who she had in 1975 with her then-husband Belgian author Hugo Claus.