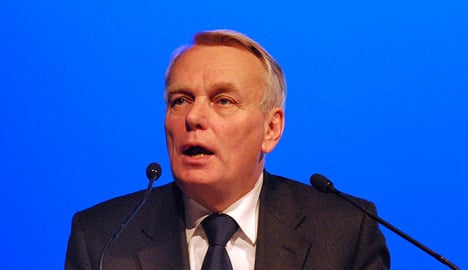 The premier denied that France and Germany's relationship, which has always been central to a strong European Union, was in trouble amid the eurozone crisis, as leaders of the bloc prepared to meet for a summit in Brussels.

"Simply put, for a couple to work, it must be balanced," he told students in Singapore, during a visit to the city-state.

With his wife Brigitte Ayrault present, he went on: "It's like with my wife – we talk, and we agree. And it is also the same with (German Chancellor Angela) Merkel and (French President François) Hollande."

His comments came after Hollande on Wednesday warned Germany to stop thinking Berlin should have the only say on how to tackle Europe's debt woes, in the latest sign of tensions about the best way to tackle the crisis.